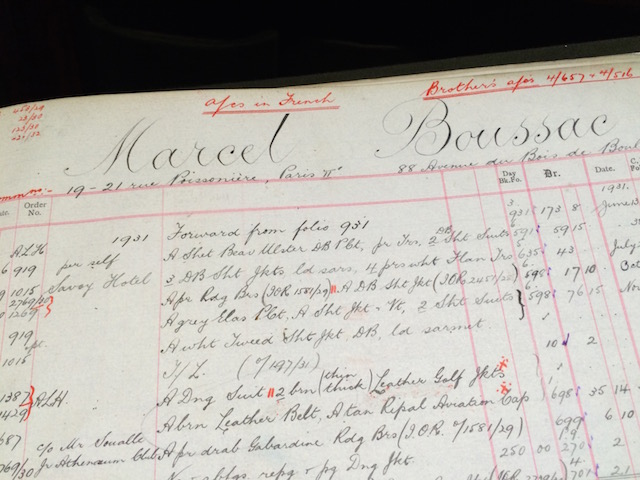 Marcel Boussac (1889-1980) was the textile magnate known as ‘King of Cotton’, the financier behind couture house Christian Dior and France’s most successful owner/breeder of thoroughbred racehorses in the 20th century. In the 1930s he was the richest man in France and produced over a fifth of the country’s cotton output. How his empire collapsed is the stuff of economic case studies.

Abandoned by his mother aged three, Boussac left school at sixteen to work for his draper father in Chateauroux. He arrived in Paris aged eighteen with 100,000 gold Francs to finance his dream: to produce cotton from the raw fibre to finished garments controlling all the processes in between including the design of colourful prints that made his first fortune before the Great War. In 1913 Marcel Boussac was only the fourth man in France to own a Rolls-Royce.

In 1916 Boussac’s cotton mill created a cloth christened Toile d’Avion for the French air force that he sold in vast quantities and bought back the stock two years later at a drastically reduced price. Between 1920 and 1940 Groupe Boussac expanded its factories to Poland, North Africa and the Far East. Boussac romanced Belgian opera singer Fanny Heldy but they did not marry until her retirement in 1938.

The King of Cotton’s love affair with the turf began in 1914 when he bought a stake in eight mares owned by Comte Gaston de Castelbajac. By 1919 he purchased his own stud farm Haras de Fresnay-le-Buffard in Normandy. Boussac’s breeding programme was controversial – more akin to inbreeding – and produced what Thoroughbred Heritage called ‘a breed within a breed: horses as close to Arabians as modern breeding can approach (with) elegant, foliate heads, wide foreheads, prominent eyes, refinement and grace of limb with brilliance and stamina both’.

Boussac’s orders at Henry Poole & Co dated 1931 are evocative of a dashing gentleman of the turf rather than a conservative industrialist. While staying at the Savoy, he orders a brown ‘thin/thick’ leather golf jacket, a brown leather belt, a tan aviation cap, four pairs of white flannel trouser, drab gabardine riding breeches and an intriguing white tweed double-breasted short jacket. Boussac’s address is listed as 88 Avenue du Bois de Boulogne though his order is delivered to the Athenaeum Club.

In 1940 when the threat of Nazi invasion became an inevitability, Boussac ordered his horses be move to the Gironde region of South West France. The Germans took two of his star thoroughbreds Pharis and Corrida. Corrida disappeared, presumed slaughtered, and Pharis was taken to Germany to stud and only returned in 1945. For the duration of the war, Boussac served as a member of the Vichy government in the South of France.

It is intriguing that in Dior’s memoir Dior by Dior he barely mentions Marcel Boussac. When Dior died in 1957 in Italy, Boussac sent his private plane to bring the body back to Paris. Though he contemplated closing the House of Dior, Boussac decided instead to appoint a successor and chose twenty-one-year old studio assistant Yves Saint Laurent.

Saint Laurent’s Trapeze-line collection for Dior was a hit but he began to falter. In 1961 the designer was called-up for National Service. In her 2006 biography of Saint Laurent The Beautiful Fall, Alicia Drake writes ‘it needed Monsieur Boussac to say that he needed Saint Laurent. They would perhaps have let him off if he had been deemed necessary to French industry’. The physically and mentally fragile Saint Laurent suffered a nervous breakdown, was hospitalises and forced to undergo electric shock treatment.

Ironically, Saint Laurent’s star began to rise again when he opened an atelier under his own name just as Boussac’s business interests began to unravel. In Industrial Crisis and the Open Economy, Geoffrey Underhill writes ‘the Boussac collapse seems to be a case where rigid and antiquated management structures confronting radically changing patterns of consumer demand in the market weighed too heavily on a first class industrial plant and hence on the company’. Boussac shored-up the factories by putting his personal fortune into them and refused state intervention.

Boussac was bankrupt at the time of his death. Greek shipping tycoon Stavros Niarchos bought the stud farm and HH the Aga Khan IV what was left of his bloodstock. Dior would pass through several hands until it was acquired by Bernard Arnault who would use it as a cornerstone to build the biggest luxury goods group in the word: LVMH. Boussac’s name is celebrated at the annual Prix Marcel Boussac run at Longchamp. 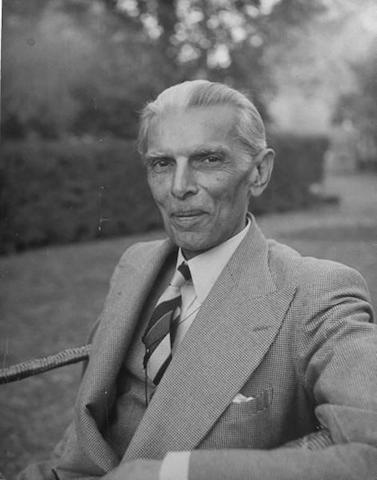