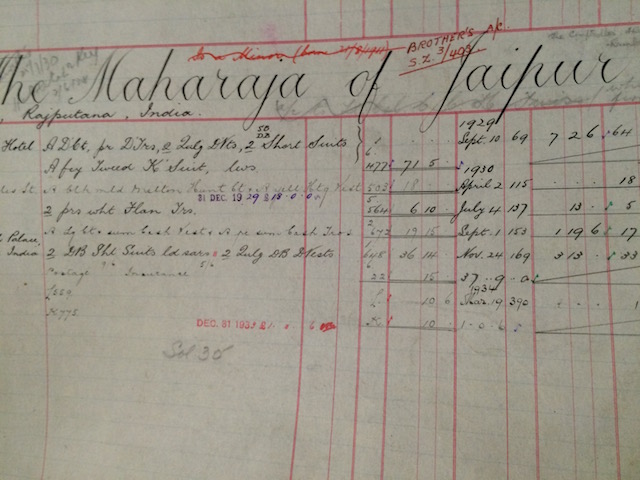 HH Maharaja Sawai Man Singh II of Jaipur (1912-1970) and his third Maharani Gayatri Devi were two of the most glamorous international figures in 20th century society. A nine-goal hero on the polo field, the Maharaja was the last and one of the greatest rulers of Jaipur State. The Maharani’s legendary beauty was matched by a mind that saw her successfully stand for the Indian parliament post-Independence.

‘Jai’ as the Maharaja was known in royal circles was the second son of Jaipur nobility related to the ruling house. Maharaja Sawau Nadho Singh II did not have a legitimate heir having been told by a seer that his own death would follow a birth. In her 1995 autobiography A Princess Remembers, the Maharani tells the story that, aged ten, Jai and his brother were invited to pay obeisance to the Maharaja. Protocol dictated that each child holds out a gold coin to present to the Maharaja. Jai became impatient so pocketed the coin. It was this action that persuaded the Maharaja to appoint Jai his heir.

Removed from his parents in the dead of night, Jai was installed in the City Palace in the care of the Maharaja’s first wife and would tell Gayatra Devi that it was the most miserable period in his life. He grew fat, sullen and increasingly unhappy until he was sent to Mayo College, India’s oldest boarding school, where he developed his skill at polo. The Maharaja died in 1922 and the eleven-year-old Jai ascended to the throne of Jaipur. Aged twelve, he married the Maharaja of Jodhpur’s sister and would later marry his wife’s niece.

The explorer Rosita Forbes met the Maharaja in the late 1920s and wrote ‘because of his appearance and his charm, his possessions and his feats on horseback, this exceedingly good looking young man, famous as a sportsman in three continents, occupies in the imagination of the Indian general public much the same position as the Prince of Wales’.

Gayatri Devi, the youngest daughter of the Maharaja of Cooch Behar, was in her early teens when the Maharaja visited her father’s princely state. ‘Our excitement grew to a feverish pitch when sixty of his beautiful polo ponies with their grooms wearing flamboyant Rajput turbans arrived from Jaipur’, she writes. ‘He laughed and joked with everyone in his low, drawling voice and was very flirtatious which made him all the more attractive’. The Maharaja told Gayatri Devi’s mother than when she grew up he was going to marry her.

Though the Maharaja’s first two wives lived as was tradition in strict purdah, the Maharaja decorated apartments in the Rambagh Palace in Art Deco style and drove himself around Jaipur in a green Bentley. His orders at Henry Poole & Co dated 1929 are for fashionably wide white flannel trousers and photographs of the Maharaja show sculpted double-breasted suits with soaring peak lapels. On the Croisette at Cannes, playing tennis at the Willingdon Club in Bombay or holding the cup at Guards Polo Club, the Maharaja most resembled a film star with his immaculate wardrobe, Brilliantined hair and dazzling smile.

The Maharaja’s life was high risk with his derring-do on the polo field and his relentless flying. Weeks before his wedding to Gayatri Devi, a vulture flew into the propeller of Jai’s plane over Bombay. The crash killed the pilot instantly and the Maharaja narrowly escaped with his life. Gayatri Devi married the Maharaja in 1940 and lived something of a double life. Behind the Rambagh Palace walls and travelling internationally, she lived and dressed like a Western socialite. In the City Palace she was carried around, veiled, in a palanquin.

Maharani Gayatri Devi describes Jaipur’s adoration for the Maharaja in her memoir: ‘everyone in the city recognised his Bentley and knew that they could stop him on the street or the polo grounds, or at the gates of the palace – anywhere – if they had a complaint or wanted to bring some problem to his attention, or simply wished to ask after the welfare of his family and tell him about their life’.

During World War II, the Viceroy wanted the Maharajas to remain in their states but Jai wrote to King George VI and was granted permission to go to the Middle East as the liaison officer for the Indian State Forces. In 1947, Viceroy the Earl of Mountbatten was sent to India to instigate Independence. According to the Maharani, Jai ‘hated giving up Jaipur and relinquishing his deeply felt personal responsibility to his people’ but by 1948 Jaipur State had become absorbed into the Greater Rajasthan Union.

Jaipur was, however, named the capital of the Union and Jai was given the title Rajpramukh. When this was taken away by India’s first Prime Minister Pandit Nehru, Jai wrote ‘I find it most distressing that in spite of sincere cooperation and unflinching loyalty on my part throughout the seven years, my official connections in the administration of the state should cease so abruptly’.

The Maharaja was forced to look on as Jaipur fell into decline under the new administration. He did not believe the royal family could live as they had before the war and was the first Maharaja to give-up his residence, the Rambagh, to a hotel chain. The City Palace was converted into a museum. Increasingly infuriated by what she saw as the Indian government’s desecration of the Maharajas’ legacy, the Maharani entered politics. She became a member of the Independence Party in 1960 and would later be jailed at the behest of Indira Ghandi.

Much to the Rajasthan State Government’s chagrin, the Maharaja and his Maharani were still considered the leaders of their former nation and enjoyed ‘undiminished popularity with the people of Jaipur’. They hosted Queen Elizabeth II and Prince Philip, Nikita Khrushchev and Jackie Kennedy on visits to India. As Jai said in a hustings speech for his wife, ‘for generations my family have ruled you and we have built up many generations of affection. The new government has taken my state from me but for all I care they can take the shirt off my back as long as I can keep that bond of trust and affection’.

In 1965 the Maharaja was appointed India’s ambassador to Spain but he asked to be relieved of the post believing his place was in Jaipur with his people. He and the Maharani were attending a ball at Apsley House in London in 1970 when the Maharaja fell ill. He insisted on playing polo for the Queen’s Cup at Guards and attending the party in the presence of Queen Elizabeth and Prince Philip. Playing again in Cirencester, he fell and was taken by ambulance to hospital where the Maharani was told he was dead on arrival.

In a letter of condolence to the Maharani, Prince Philip wrote ‘to me, Jai had a serene quality, a sort of cheerful calm, which may well have been exasperating for some but to me it was a most endearing and enjoyable characteristic. He combined with this a very rare quality in men, he was supremely civilized. Kind and modest, but with an unerring instinct for the highest standards of human ambition and behaviour’. 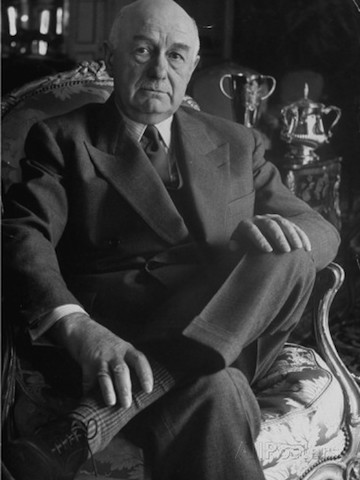