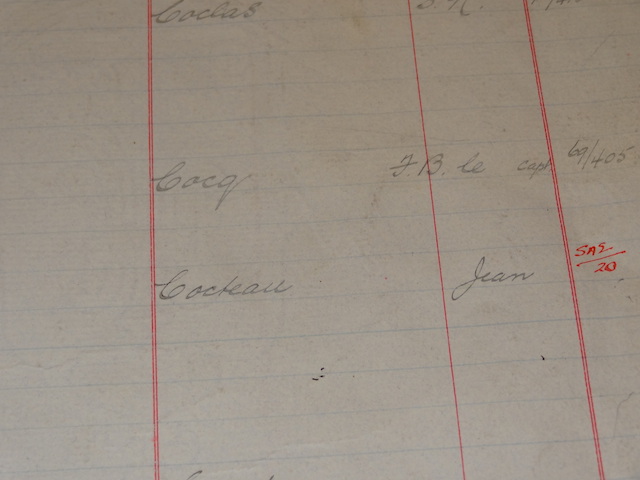 Poet, writer, artist and filmmaker Jean Cocteau (1889-1963) was one of the exceptional talents whose meeting of minds made Paris the cultural capital of the world. In the first decades of the 20th century he was an intimate of the greats in theatrical, literary and artistic circles such as Marcel Proust, Pablo Picasso, Edith Piaf, Man Ray, Coco Chanel, Marcel Duchamp, Igor Stravinsky and Serge Diaghilev. A prolific poet, draughtsman and playwright, Cocteau is perhaps best known for his 1929 novel Les Enfants Terrible and his surreal cinema classic La Belle et La Bete (1945) starring his lover Jean Marais.

Cocteau’s adolescence was colourful to say the least. He was nine-years old when his father committed suicide. Sent to a private school, he fell in love with 13-year old pupil Pierre Dargelos who he said ‘had the beauty of an animal … that insolent beauty which is only heightened by filth’. Cocteau was expelled and absconded to Marseilles to live in the red light district where he developed an obsession for sailors shared by fellow author and friend Jean Genet who wrote the homoerotic novel Querelle of Brest (1949).

Aged seventeen Cocteau fell in love with the actress Madeleine Carlier who was thirty-years his senior. She eventually abandoned her young swain. The aspiring poet next fell into the circle of young men who surrounded Parisian actor Edouard de Max who arranged for the first staged reading of Cocteau’s poems at the Theatre Femina. Cocteau famously accompanied Max to a costume ball in Paris in 1907 dressed as an oriental princess. The actress Sarah Bernhardt said to him ‘if I were your mother I would send you home to bed’.

In 1909 Cocteau met a man who would change his life the Ballets Russes impresario Serge Diaghilev who challenged Cocteau to ‘surprise me’. Through Diaghilev, Cocteau met the composer Stravinsky. On travels to Switzerland with Stravinsky in 1914 Cocteau completed his first book Le Potomak. He returned to Paris when World War One was declared and drove an ambulance as part of the war effort but was arrested for an encounter with a marine.

On his release Cocteau founded a publishing house called Editions de la Sirene and released imprints of his poetry and Stravinsky’s musical scores. He also struck up a friendship with Picasso in 1917 and the duo set out for Rome where they met Daighilev and commenced a creative triumvirate working on the 1917 ballet Parade composed by Eric Satie. Though Cocteau and Stravinsky never worked together for the Ballets Russes the former would write the libretto for Stravinsky’s 1927 opera Oedipus Rex.

In 1918 Cocteau fell in love with fifteen-year old literary protégée Raymond Radiguet. Radiguet’s untimely death from typhoid fever in 1923 was supposedly the trigger for Cocteau’s descent into opium addiction that would haunt him for the rest of his life. In his pursuit of lovers, Cocteau would only look for eighteen-year old blonde youths who looked like Radiguet. In an age when it was a criminal offence to commit homosexual acts, Cocteau was unapologetic saying ‘I will not agree to be tolerated. This damages my love of love and of liberty’.

While recovering from his first opium spiral Cocteau produced some of his most famous work including Les Enfants Terrible, Orphee and, in 1930, his first film The Blood of a Poet. The Blood of a Poet was the first and only film that American photographer-in-Paris Lee Miller appeared in. Cocteau spotted her at the nightclub Le Boeuf Sur le Toit where Miller was dining with Man Ray and cast her for her statuesque beauty.

Opium would claim the next fifteen-years of Jean Cocteau’s life and seriously damage his creative output. In the early 1940s Cocteau met his muse the actor Jean Marais for whom he wrote and directed the films La Belle et la Bete, Orpheus (1950) and The Testament of Orpheus (1960) that co-starred Picasso, Brigitte Bardot and Yul Brynner. Marais and Cocteau would live together until 1947.

Being such a prolific artist over so many genres, Cocteau established himself as a seer of artistic endeavour. He famously said ‘an artist cannot speak about his art any more than a plant can discuss horticulture’ and ‘art produces ugly things which frequently become more beautiful with time. Fashion, on the other hand, produces beautiful things which always become ugly with time’. Jean Cocteau died of a heart attack aged seventy-four in 1963 immediately after hearing of the untimely death of Edith Piaf. As he said, ‘since the day of my birth, my death began its walk. It is walking towards me, without hurrying’.

Though Serge Diaghilev is recorded in the Henry Poole & Co indexes and the corresponding order books, Jean Cocteau’s name is only listed in one of two volumes of indexes dated c.1900-1921. It is possible that the unidentified index ledgers are indeed Henry Poole & Co books but those salvaged from the Paris branch that closed in 1939 when the Nazis invaded Paris. We do not have the corresponding order books that would have listed what the artist ordered. 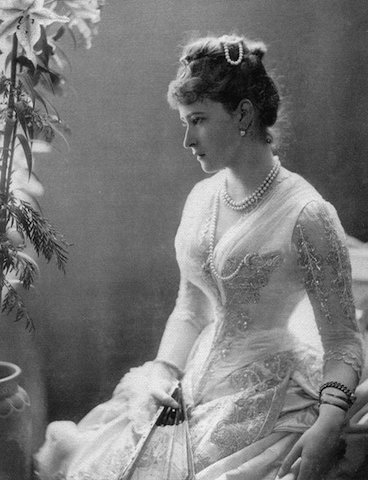 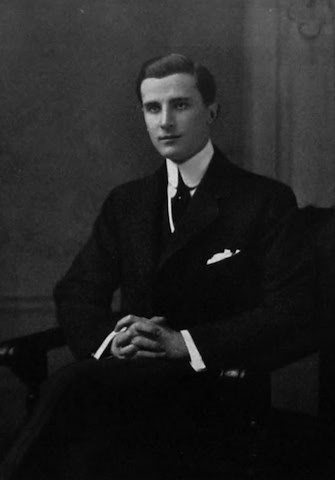 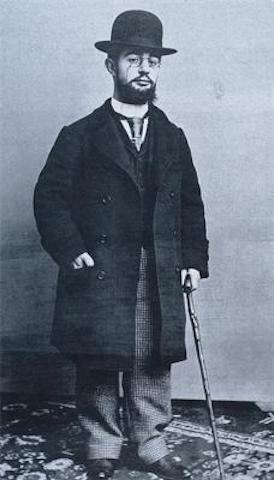