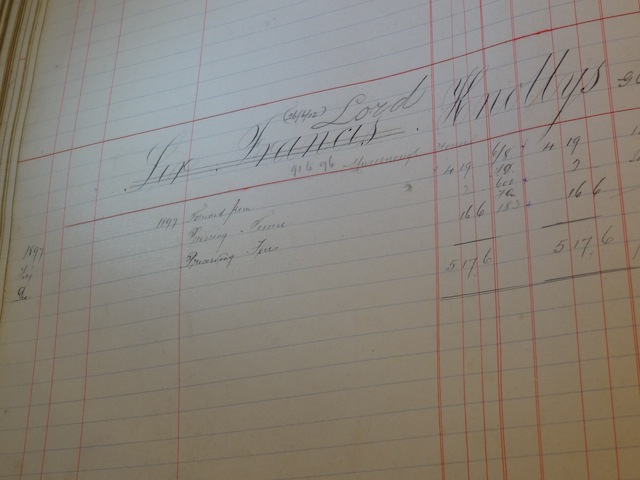 Queen Victoria believed the Prince of Wales’s affair with an Irish actress had hastened the demise of her beloved husband the Prince Consort, Albert, in 1861 and appointed Knollys Senior to make sure the errant prince sinned no more. The General reported to The Queen that her son’s trips to Paris were ‘very unsatisfactory’ and told tales of ‘suppers after the opera with some of the female Paris notorieties’. Francis Knollys resolved to be the prince’s trusted servant and secret keeper.

By 1867, General Knollys acknowledged that he could not control the Prince of Wales. In 1870 the prince appointed Francis Knollys as his Private Secretary while keeping the services of the General for form’s sake and to placate Queen Victoria. Edward VII’s biographer Jane Ridley describes Francis Knollys thus: ‘a dapper little man with shiny black hair and a beard cut into a strip down his chin. He resembled an Italian waiter. The Queen thought he was not fit for the post demanding instead a clever, able man capable of being of use and giving advice. Her conclusion was that, though useful, Francis Knollys was not considered clever by anyone.

As Private Secretary, Francis Knollys vetted all official and personal correspondence to and from the Prince of Wales at his London townhouse Marlborough House. From 1872, his sister Charlotte was Bedchamber Woman to Princess Alexandra and thus the family were the closest confidantes of the Prince and Princess of Wales in the land. Knollys knew about the prince’s vices and his failings and made it his life’s work to protect the heir to the throne and shield him from scandal. He referred to the prince’s mistresses as his ‘actress friends’ and was the agent for organising safe houses for the prince and his brother Alfred to entertain their paramours.

Knollys was in all but name the Thomas Cromwell to the Prince of Wales’s Henry VIII. His was a role of damage limitation. When the Prince of Wales became embroiled in the Tranby Croft gambling scandal – an unfortunate case of cheating at baccarat that saw the prince become the first member of the British royal family to stand in a dock since King Charles I – Knollys advised the prince that attempting to keep the case out of court would do more damage to his reputation than vindicating himself publicly.

Private Secretary Knollys was ruthless in protecting his master from sex scandals involving Lady Mourdant, Lady Brooke and Lady Susan Vane Tempest the daughter of the Duke of Newcastle. The latter was a particularly unfortunate episode. Lady Susan fell pregnant to the prince and wrote inflammatory letters addressed to Knollys intended to implicate her lover. Knollys arranged for Lady Susan to visit a Dr Clayton who would perform an abortion. There is no record of she having the illegitimate child of the prince and the poor lady died four years later.

Other scandals squashed by Knollys involved former mistress Lillie Langtry. Mrs Langtry’s estranged husband Ned had compromising letters written by the Prince of Wales. When Ned Langtry died of drink in Chester Asylum in 1897, his letters were appropriated by his landlord who wrote to Knollys demanding money. The letters were retrieved and the blackmailer left unpaid. A similar scenario occurred when Parisian courtesan La Barucci died leaving passionate letters written by the Prince of Wales and Prince Alfred. La Barucci’s brother attempted blackmail but was thwarted by an agent of Knollys who stole the letters.

As secret keeper to the Prince of Wales, Knollys would stop at nothing to keep scandal at bay. The prince had had an affair with celebrated English courtesan Catherine ‘Skittles’ Walters who was the long-standing mistress of the 8th Duke of Devonshire. When the duke died, Skittles appealed to Knollys to ensure that an annual payment from the Cavendish family was honoured. Knollys visited Skittles at her South Street townhouse and assured her that her duke’s son would honour the father’s debt until her death.

The Prince of Wales spent profligately; another vice Knollys had to cover-up. When it was reported that the prince was £600,000 in debt, Knollys had The Times print a retraction. When the Prince of Wales’s eldest son Prince Eddy, Duke of Clarence and Avondale, developed a reputation for living as loosely as his father in the fleshpots of London, it was Knollys who pressed for Prince Eddy being sent on a tour of India to remove him from temptation. In a note to Prime Minister Lord Salisbury in 1891, Knollys writes ‘unfortunately The Queen’s views on certain social subjects are so strong that the Prince of Wales does not like to tell her the real reason for sending Prince Eddy away which is intended as a punishment and as a means of keeping him out of harm’s way’.

When Queen Victoria died in 1901, politician Lord Carrington wrote ‘Francis Knollys is the most powerful man in England at this moment’. He had served the Prince of Wales for over forty years and was rewarded by being made Private Secretary to the new king. He continued to write every letter for the king by hand in distinctive black ink. The workload was too great and Fritz Ponsonby was appointed to share the burden. Knollys did not take kindly to sharing the confidence of his king and ensured Ponsonby was undermined and marginalised.

1909 saw a constitutional crisis that could have resulted in the abdication of King Edward VII. The Liberal government sought to flood the House of Lords with newly appointed peers in order to pass a budget that the Lords were blocking. Prime Minister Asquith snubbed the king’s invitation to dine and sleep at Windsor Castle resulting in his estrangement from the king. But fate overtook politics and in 1910 King Edward VII died. He left instructions that the now ennobled Viscount Knollys immediately destroy all sensitive letters and papers in the Royal Archive pertaining to Edward VII and Queen Alexandra.

Knollys was assiduous in his task and robbed history of an invaluable resource in destroying King Edward VII’s papers from 1863 to 1910. Courtiers appointed by new king George V reported that Knollys was losing his reason and that his judgement in destroying so many of the late king’s papers was impaired. King George V asked for Knollys’s resignation in 1913 though he continued to serve as Lord in Waiting to Queen Mary until his death in 1924 aged eighty-seven. 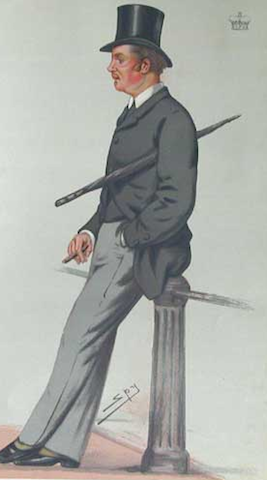 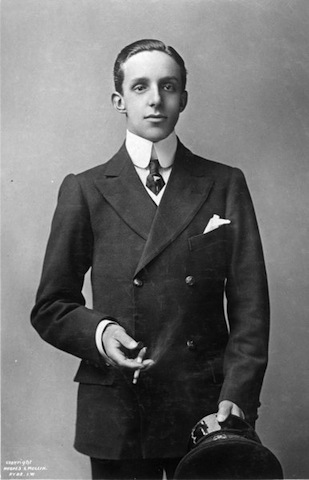 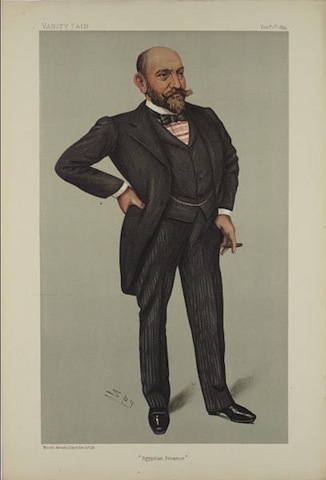 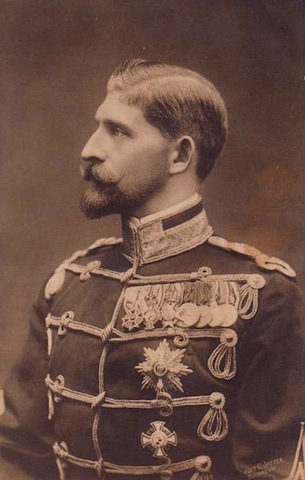